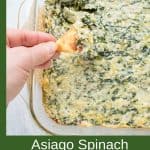 When dips are really good, they have a way of becoming the meal's centerpiece. That certainly happens whenever I make this Asiago Spinach and Artichoke Dip.

No matter what else is at the table or on the buffet, people will park themselves in front of this appetizer and declare they're happy to nosh on it all night. And Lord knows, I've made an entire meal of this on more than one occasion, with the excuse of adjusting the recipe until it's just right. 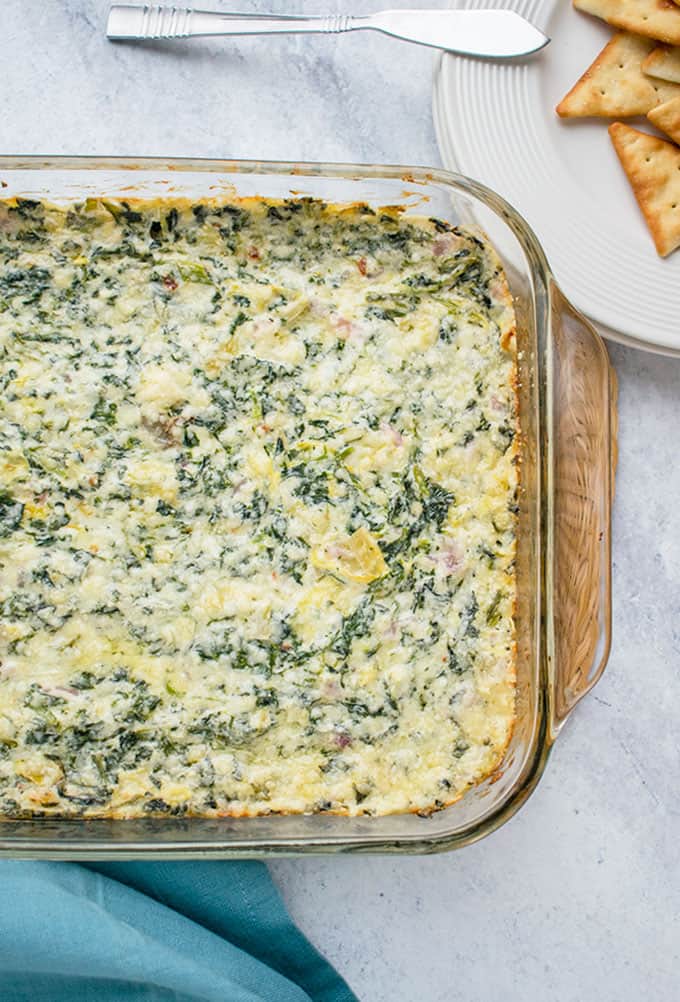 You may have noticed there are tons of spinach-artichoke dip recipes out there. So what's different about this one?

But, no worries if you can't find them. You can use drained, canned artichoke hearts and still get good results. 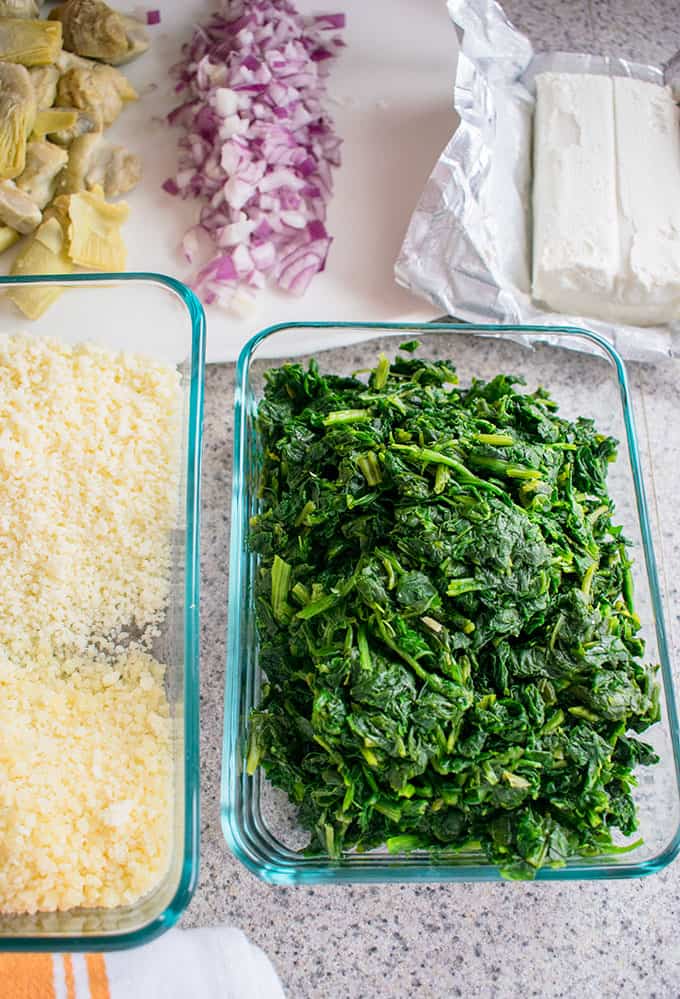 Second, the cheese here plays a big part in the taste. There are three kinds in this dip — cream cheese, Asiago and Parmesan — with Asiago lending the strongest flavor.

No, this isn't a skinny recipe, but I do use light cream cheese and 2% milk to counter the richness from the cream in the cheese sauce.  At least there are lots of veggies, right? 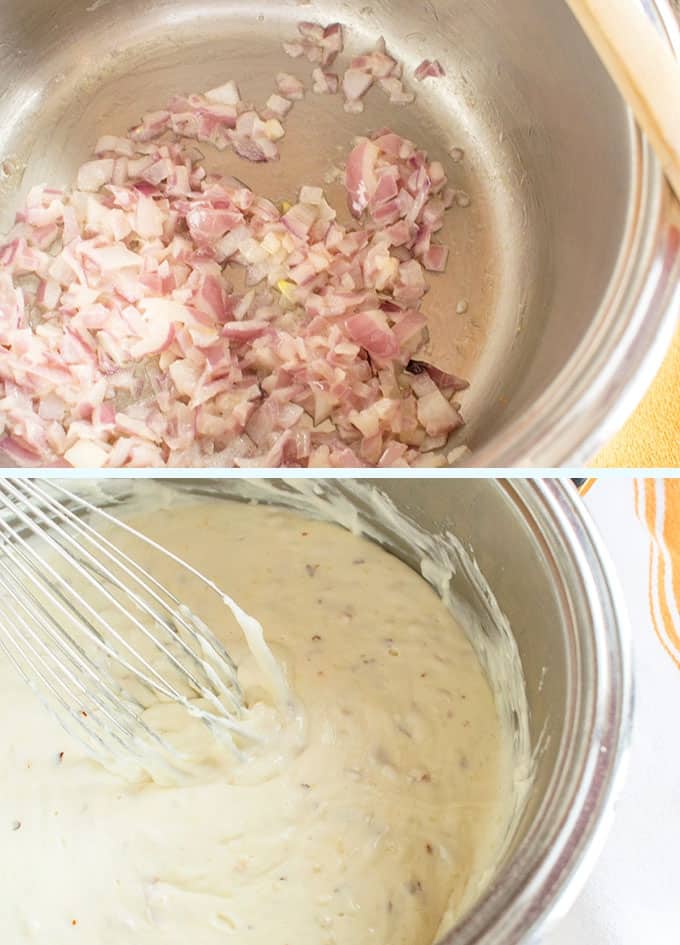 I'll never be one to eat food that makes my eyes water. But I'm finding, the older I get, the more I appreciate a little spicy kick in my food.

You can adjust the heat to suit your tastes, but I've found this level is just enough to be noticeable without turning anyone off. 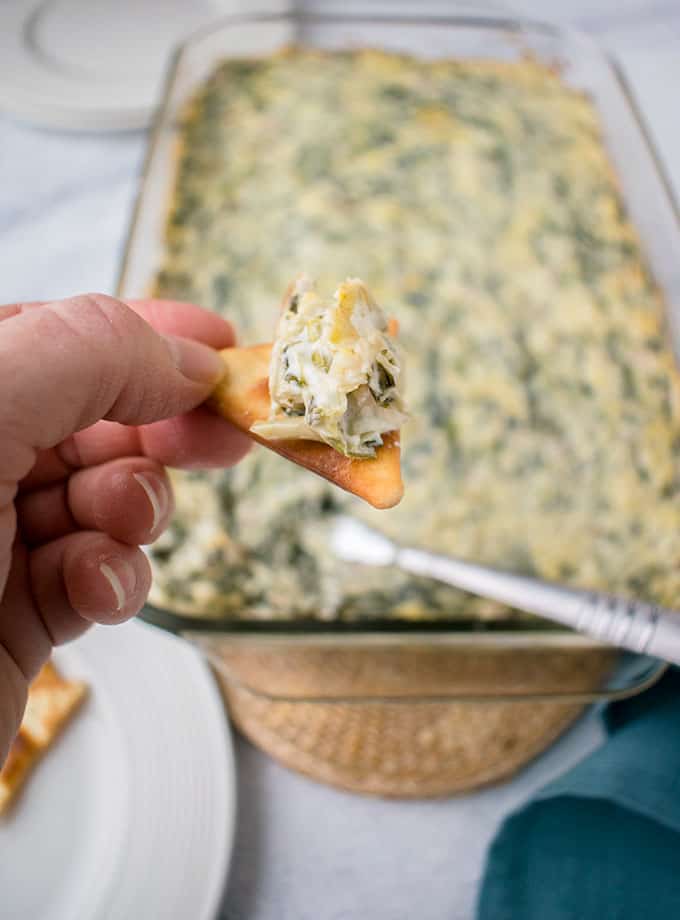 And, now for some questions you may have about this Asiago Spinach and Artichoke Dip...

Can spinach and asiagio artichoke dip be made ahead?

Yes! You can assemble the dip a couple of days ahead, then bake it the day you serve it.

You can even bake it ahead of time and then reheat it the day you serve it.

Can you freeze spinach and artichoke dip?

Absolutely! You can freeze it before or after it’s baked. (Just let it cool first.)

I just froze a portion of the baked dip last night and reheated it in the microwave today. After stuffing my face – I mean conducting research – I can say, it's still AWESOME!! 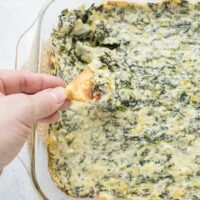