You can make this tangy, 4-Ingredient BBQ Chicken in less than an hour! It's easy to make a quick barbecue sauce with household ingredients. 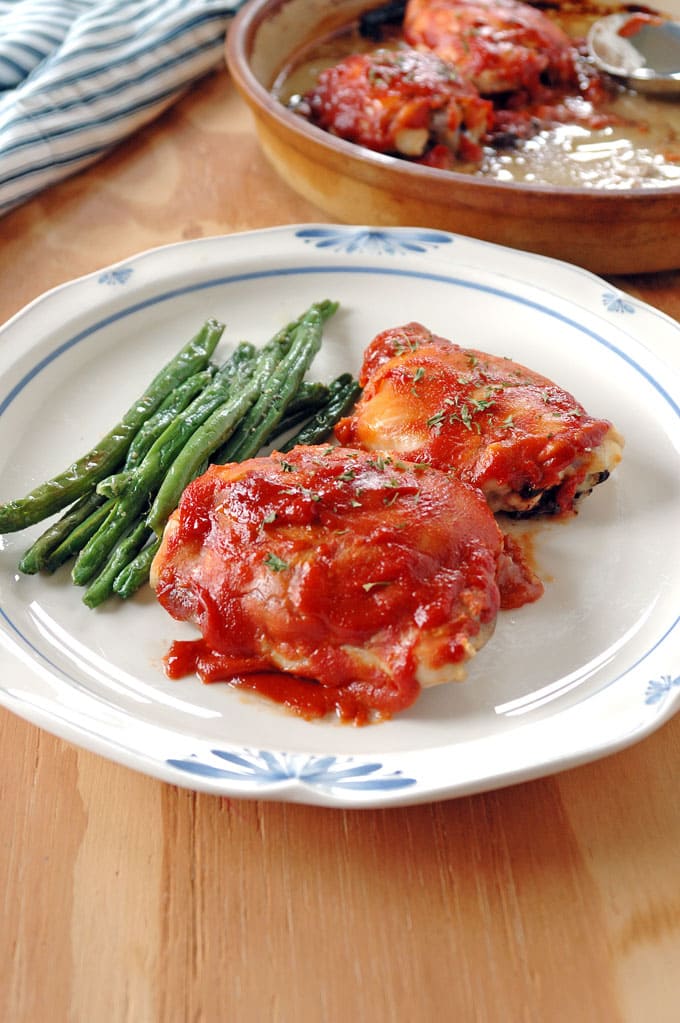 We don't know the origin of Nonna's 4-ingredient BBQ chicken. It's safe to say, however, that this is an American dish, one of maybe three in her repertoire. Otherwise, it was all Napoletana food, all the time.

Before I was born, Nonna used to work as a cook at a local parish. (Lucky priests!)

We assume she served this chicken there, and maybe even learned from a co-worker how to prepare it. Whether she made it up herself or was taught the recipe, its simplicity and deliciousness were right up her alley. 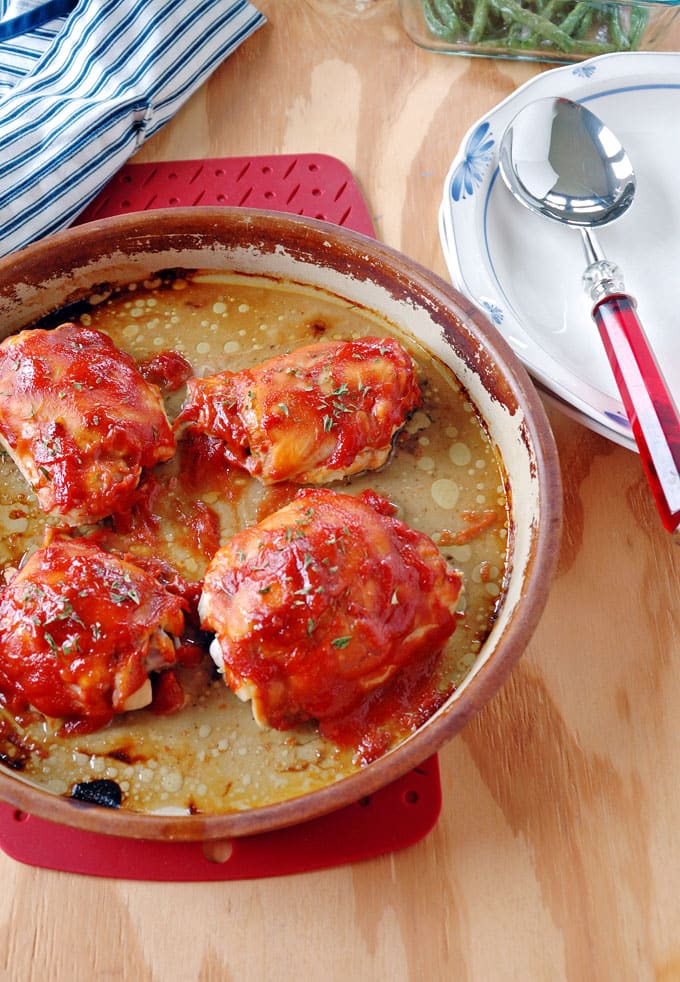 Chicken (that counts as one ingredient) is baked with a tangy BBQ sauce consisting of three household ingredients — ketchup, mustard and vinegar. It's an unassuming dish that's packed with flavor and reminds me of my childhood.

And although I can't stand raw mustard, a little bit cooked in a recipe like this adds a nice touch.

(By the way, if you want to use a recipe with bottled BBQ sauce, you might like these Cheesy Baked BBQ Chicken Breasts.)

As with all of Nonna's food, though, no recipe was written down.

Even Mom can't recall the ratio of sauce ingredients Nonna used. She probably eyeballed everything (I never saw her use a measuring cup or spoon) and tasted as she went.

I made this a couple of times in the past, long before I had a blog, and didn't bother documenting anything. (Who has the patience for that?)

Anyway, I remember the first time I served Nonna's 4-Ingredient BBQ Chicken to my kids, on one of those evenings I didn't feel like cooking and had no idea what to make. Suddenly, I felt inspired to throw this dish together and hope for the best.

My kids loved it. I got such a kick out of their reaction, and sensed that Nonna's spirit was thrilled. 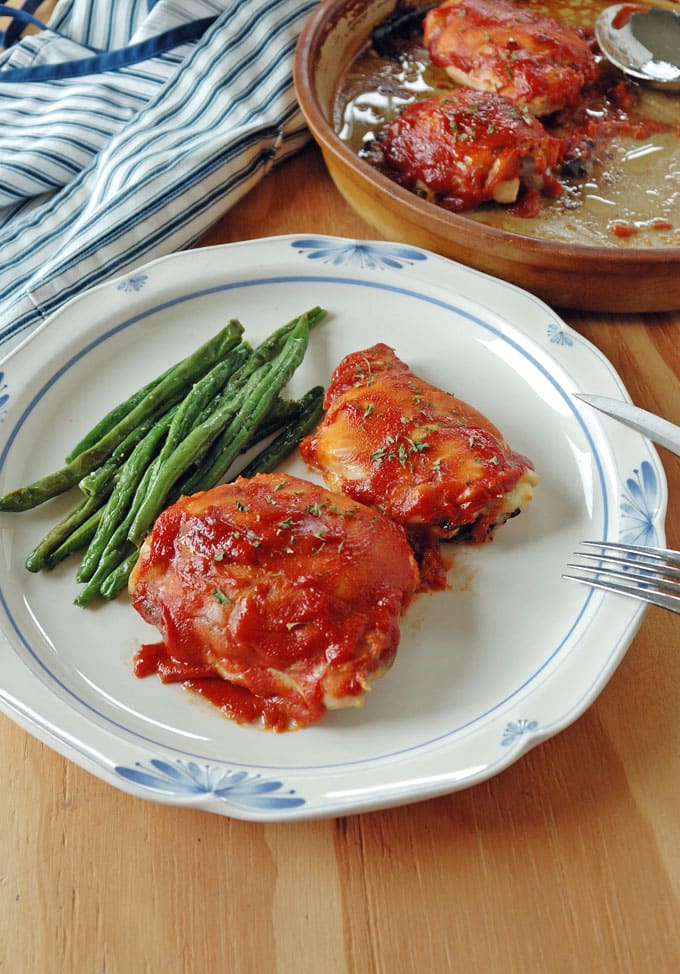 I like to think Nonna was in the kitchen with me over the past few weeks as I made this dish a handful of times, until I was able to replicate that familiar taste from long ago. Mmmm.

(Recipe Source: I did my best to replicate Nonna's chicken through trial and error.) 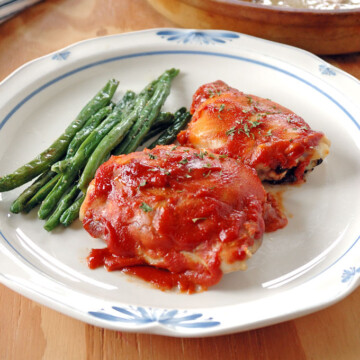 You can easily cut this recipe in half and bake your chicken in a cast iron skillet or stone baking dish. Also, I added dried parsley as garnish for the photos, although it's usually not part of this recipe. It's a nice touch for company, though!