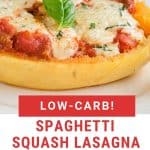 Spaghetti Squash Lasagna Boats are the answer to your low-carb dreams! With Italian sausage, ricotta, mozzarella and Parmesan. Make these for a delicious gluten-free meal. Feel free to omit the meat for a vegetarian dinner! 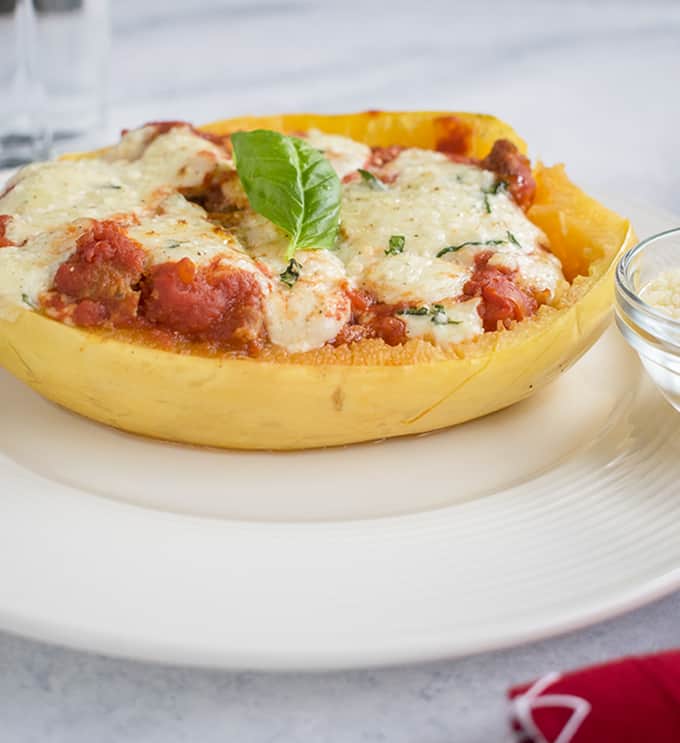 You take roasted spaghetti squash and stuff each half with an Italian sausage tomato sauce and a mixture of ricotta, mozzarella and Parmesan cheeses. (For a vegetarian version, use marinara.) 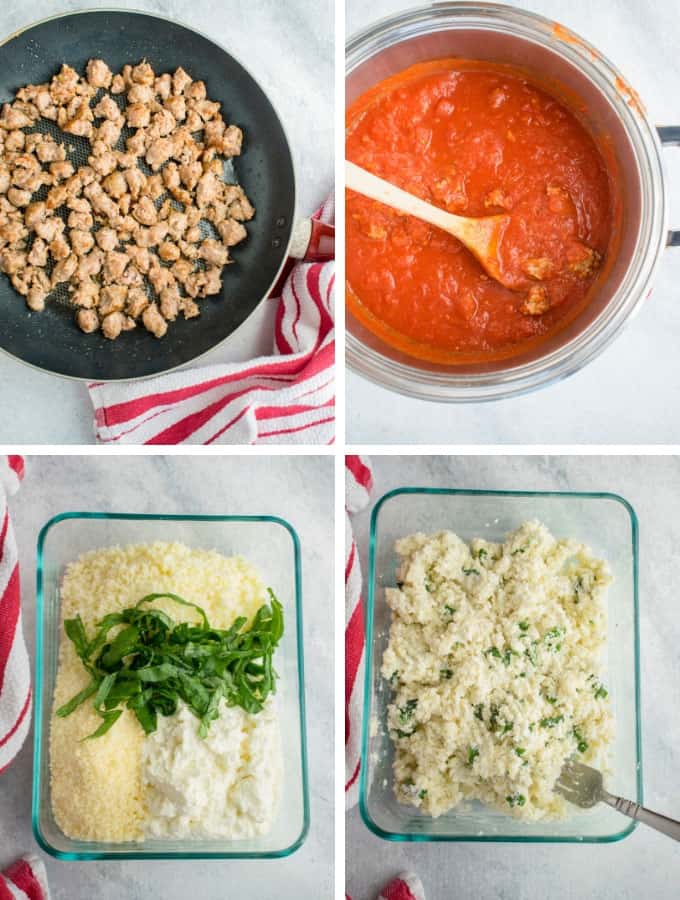 Then you broil the lasagna boats to make the cheese gooey and slightly browned. 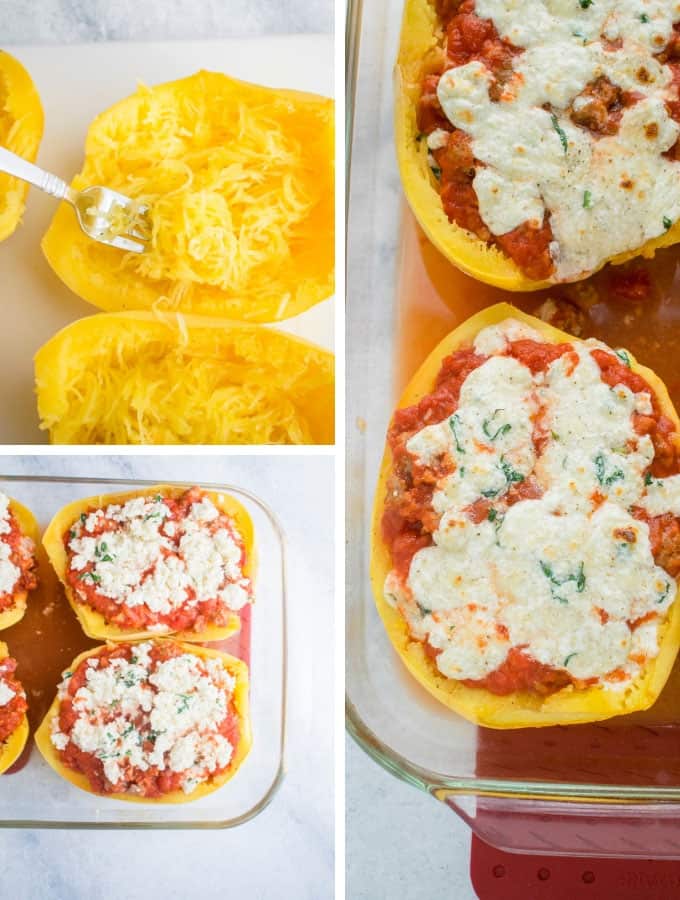 The good news is, these spaghetti squash lasagna boats are gluten free, lower in carbs and probably healthier than traditional lasagna.

But, still. They're humongous. 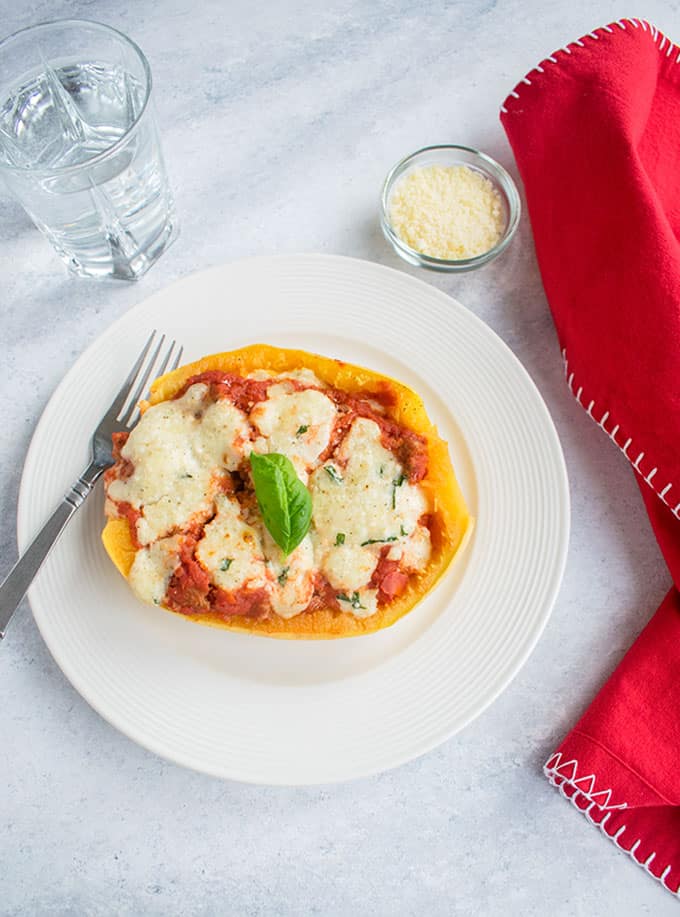 My hubby sometimes takes a fourth instead of half a squash. My son normally eats a full half.

Me? I usually take a fourth, but I've been known to eat an entire half if I'm really hungry.

How to cut spaghetti squash

1. Rinse the squash and pat dry. Heat the squash in the microwave for five minutes to soften it.

2. Wearing oven mitts, remove the spaghetti squash from the microwave and place it on a cutting board.

3.  Use a small paring knife to slice off the ends of the squash and cut the squash in half the long way. The paring knife (affiliate link) works so much better than a long knife! 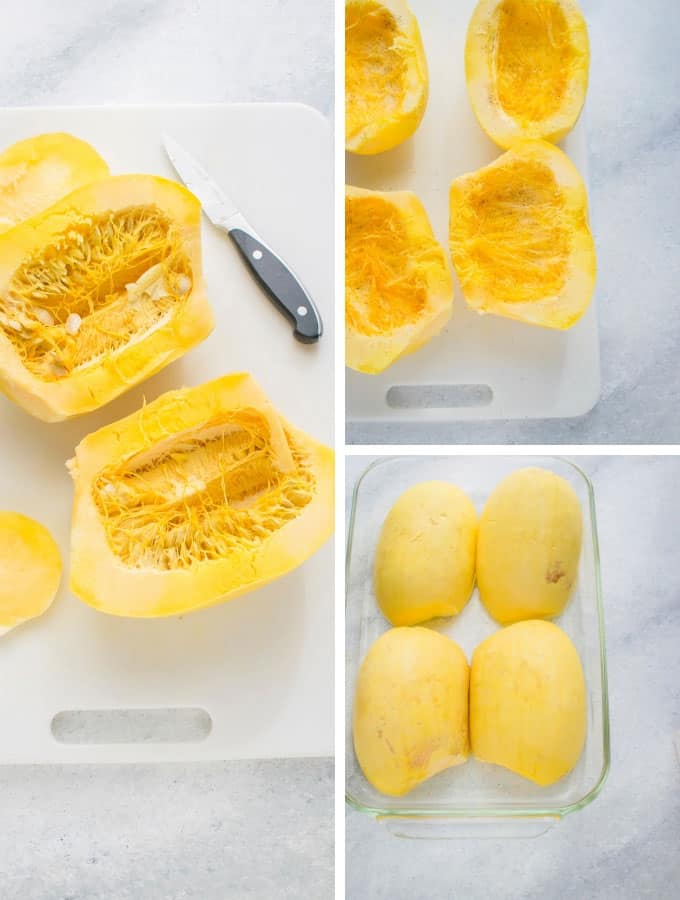 My son, who was about eight at the time, was home with me.  We suddenly heard, "BOOM!"

Except we had no idea what caused the noise. We thought maybe there was an explosion outside.

So like an idiot, I was looking out the window. Then, I was peeking into the basement. 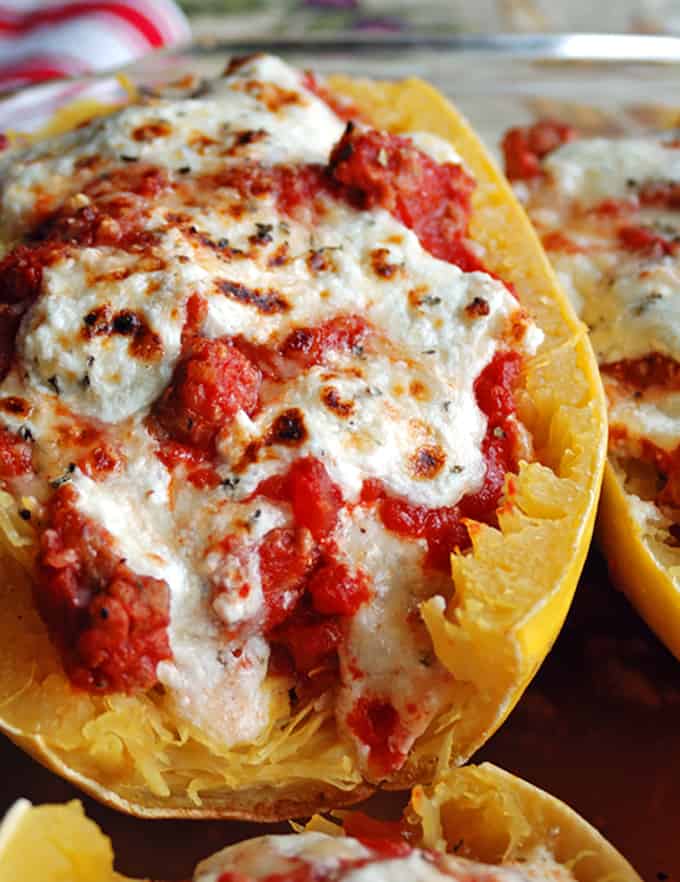 Suddenly, I caught a glimpse of the fogged up microwave with splattered gunk everywhere. I slowly opened the door and was greeted with hundreds of slimy strands of spaghetti squash hanging from the microwave ceiling like stalactites in a cave.

It was a huge mess, and one of my biggest kitchen fails. My son and I looked at each other and burst out laughing.

For years, he'd say to me, "Mom, remember that time you put spaghetti squash in the microwave and it exploded?" 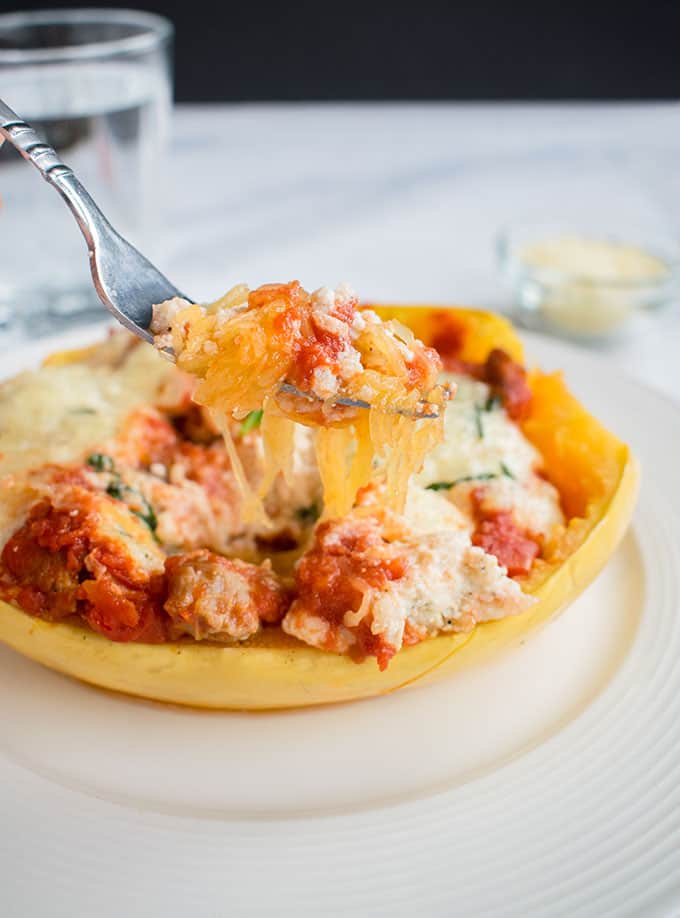 Ah, memories. For what it's worth, I did try making these spaghetti squash lasagna boats by cooking the squash completely in the microwave (I remembered to poke the holes), but I found that I really like the texture better when roasted in the oven.

This is a really fun and delicious meal. I hope you guys enjoy it!

(Recipe Source: Inspired by this stuffed spaghetti squash from Celiac in the City. Originally published on January 18, 2016 as Big-as-Your-Face Lasagna Boats and republished now with new photos and updated text.) 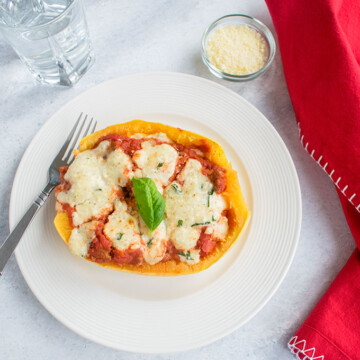 A small paring knife cuts through the squash much better than a long knife! Since the sausage brings so much flavor and seasonings to the sauce, I don't add anything but a bay leaf to the crushed tomatoes. If you want to skip the sausage and go with a meatless sauce, you will need to add olive oil, garlic, seasonings, and perhaps some onion to your sauce.You can make a double batch of Cooking with Mamma C's Homemade Marinara Sauce.