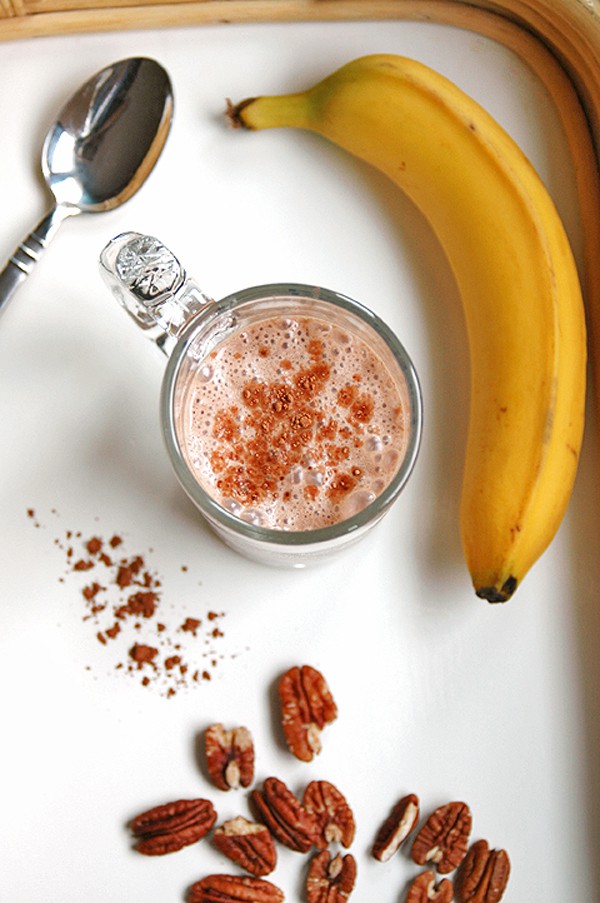 Sometimes, I want my smoothies to taste like dessert. As in, a decadent, chocolate shake that reminds me of late nights at Denny's with my girlfriends in high school.

I've had this chocolate-covered pecan banana smoothie for breakfast five times in the last week. I think I could drink it every day for a month and not get tired of it. Good thing it's actually healthy and vegan. 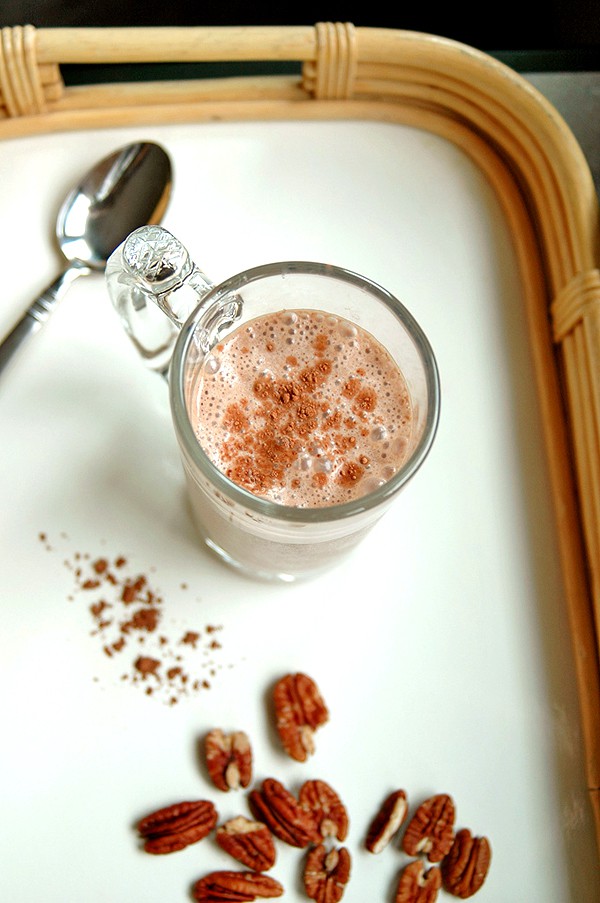 One time, I even added ¼ cup of blueberries to the smoothie, and that added a whole new level of fantastic flavor. (I wouldn't recommend any more blueberries than that, though, because the fruity taste will overpower the chocolate.)

This originally started as a chocolate-covered peanut banana smoothie (which also is delicious and better than just adding peanut butter), but I'm out of peanuts. And while I usually don't care for pecans in my fruity smoothies (walnuts work better), I had to try the pecans with chocolate. 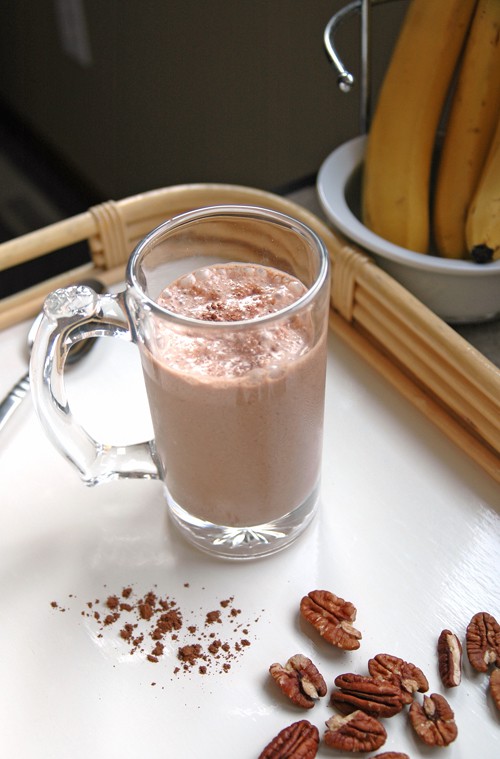 I hope you love this smoothie as much as I do! You also might like my chocolate-cherry smoothie, this apple-cinnamon smoothie and this healthy vanilla Frappuccino. 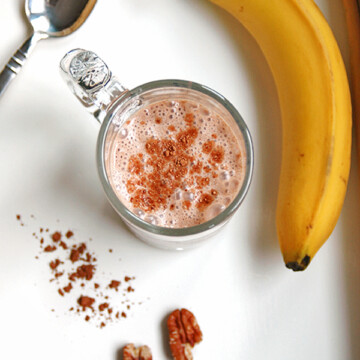 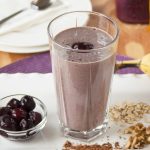