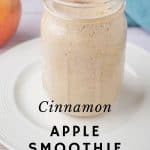 This Cinnamon-Apple Smoothie with Oats tastes like apple pie but is vegan, gluten free and guilt free!  Enjoy this apple-banana oatmeal smoothie for a nutritious breakfast that includes two servings of fruit! 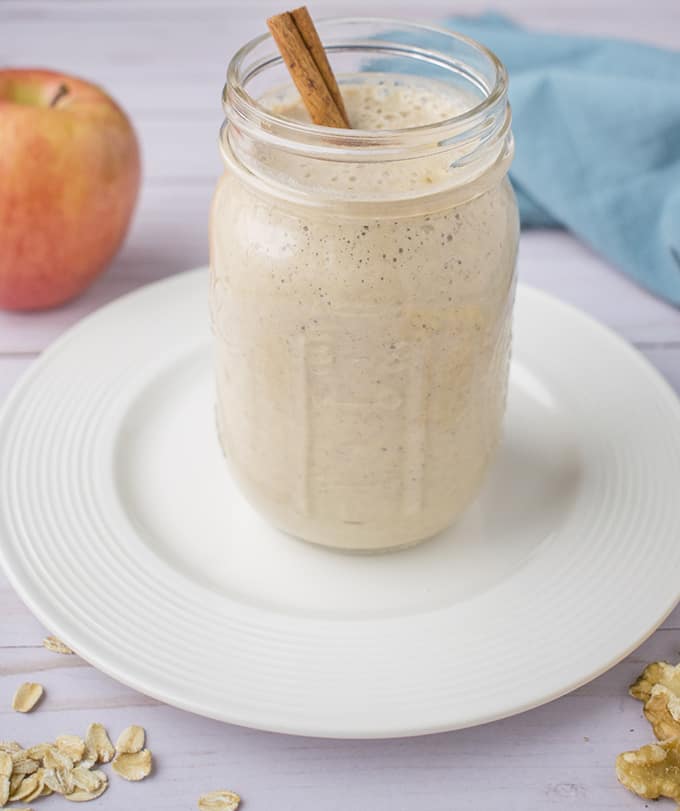 Have I mentioned I drink healthy smoothies for breakfast at least five days a week? A fruit smoothie in the morning means this Italian girl can indulge on pasta, and maybe even dessert, later in the day.

It's a beautiful thing.

This apple pie smoothie tastes creamy, refreshing and decadent, but is vegan, gluten free and contains no added sugar. You're going to love it!

Ingredients in this apple banana smoothie 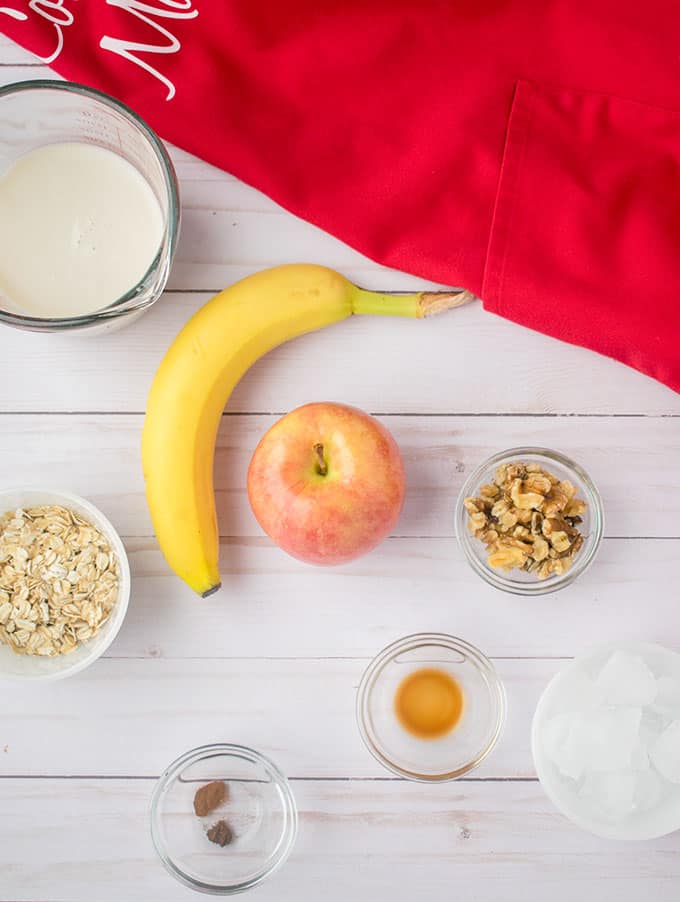 How to make an apple smoothie 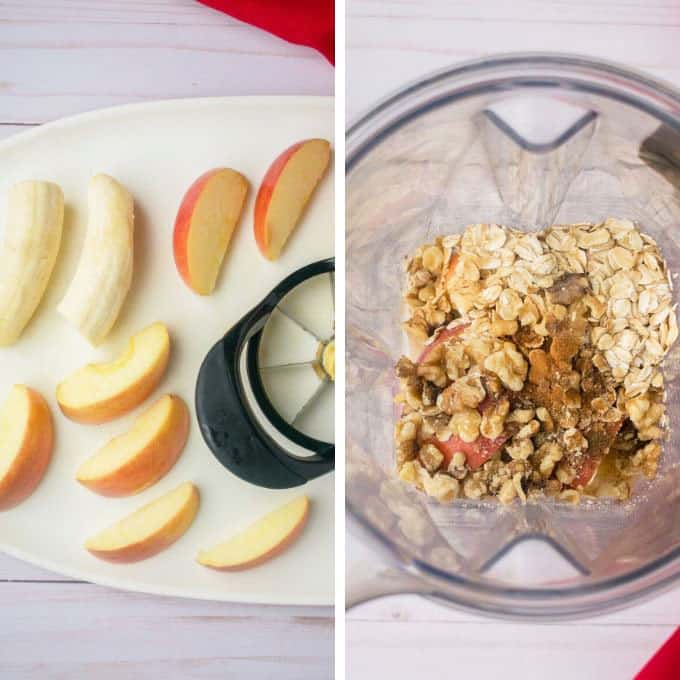 You just need to peel a banana and break it half. Cut a clean apple into wedges, leaving the skin on. You can do this with a paring knife or an apple corer/slicer (affiliate link).

Add all the ingredients to a high-powered blender and mix until smooth. I use my Vitamix (affiliate link), which makes perfectly smooth drinks.

Can you put raw oats in a smoothie?

I've been adding raw, rolled oats to my smoothies for years. It adds fiber and helps me feel full longer.

If you own a Vitamix, you can add the oats with the other ingredients. You'll have to blend the smoothie a bit longer than you would normally.

If you don't have a Vitamix, you should add the oats to the blender first and pulse them a few times to break them up. Note that if you need this to be a gluten-free smoothie, you must use gluten-free oats. 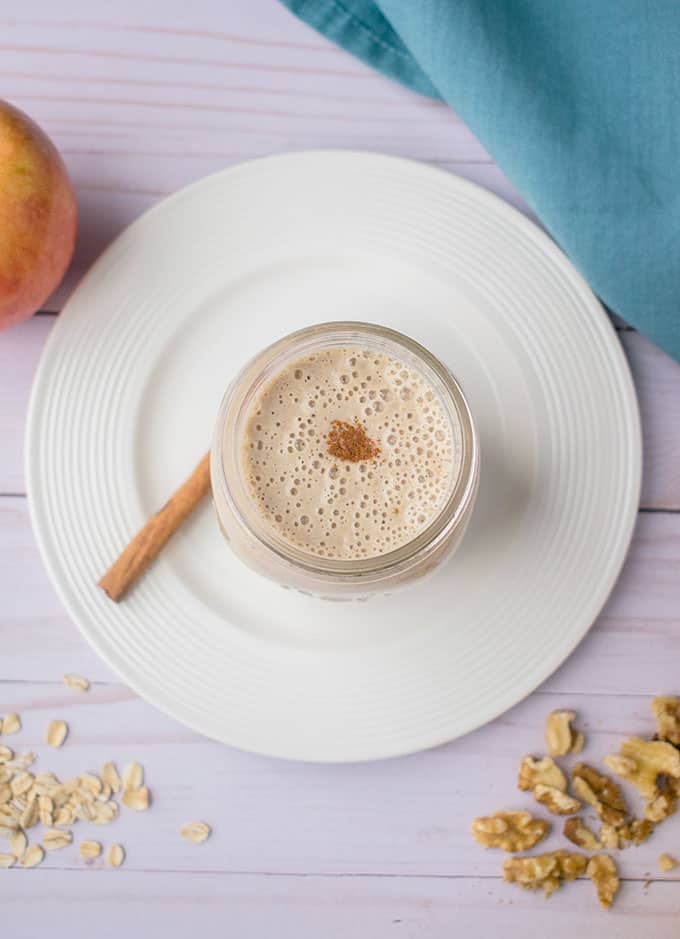 I've got so many options for you!

If you love cherry pie, don't miss this cherry smoothie. And, how about a pumpkin pie smoothie? And when melon is in season, you must try this Melon Smoothie with Cantaloupe or Honeydew.

If coffee is your thing, you have to try this homemade frappuccino or this espresso smoothie. 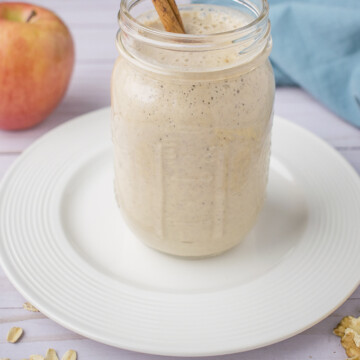