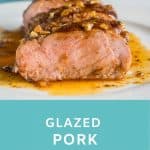 This Baked Pork Tenderloin is always a hit! It's got a sweet-and-spicy glaze made with brown sugar, but you can substitute monk fruit sweetener for a keto option. This is one of the best pork recipes! 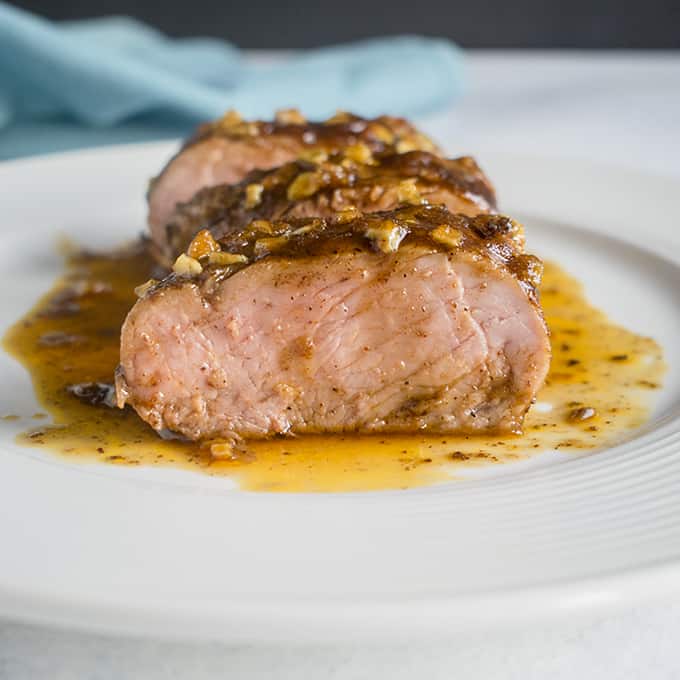 Sometimes, I think I've already shared all the recipes I've been making for years. Then, I realize there's a gem I haven't told you about.

This Baked Pork Tenderloin with Glaze is a real crowd pleaser, with a delicious, sweet-and-spicy vibe. It starts with a rub made of chili powder, cinnamon, cumin, salt and pepper.

You'll apply the rub and sear the pork in a skillet on the stove. Next, you'll top the meat with a paste consisting of brown sugar, garlic and hot sauce, which will become the glaze.

Lately, I've been replacing the brown sugar with golden monk fruit sweetener for a keto-friendly option for my guys. I'll tell you more in a bit.

You'll bake the pork tenderloin to finish cooking it. If you don't have an oven-safe pan such as a cast iron (affiliate link) one, or need to make a larger quantity, transfer the meat to a baking pan.

The baked pork tenderloin will emerge with a mouthwatering, glistening glaze and the most flavorful juices. It packs a little heat, thanks to the hot sauce. I recommend using something mild, like Frank's RedHot Original. 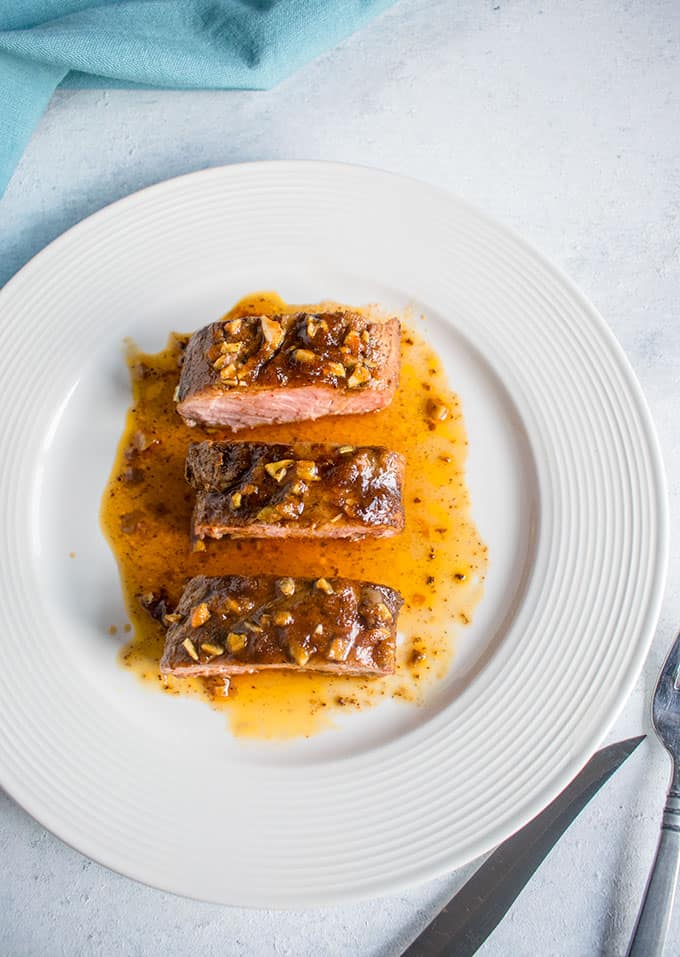 Don't worry, though. Even my daughter, who won't eat spicy-hot food, loves this pork tenderloin.

So do Mom, Dad and my entire family. It's great for company!

What is monk fruit sweetener?

Monk fruit sweetener is a natural, zero-calorie, zero-glycemic sugar substitute, so it doesn't affect blood sugar levels. It's made from non-GMO erythritol and monk fruit extract.

Although monk fruit sweetener can be used in baking, I've had better results using it in savory recipes. It works fabulously as a 1:1 substitute for the brown sugar in this Slow Cooker Carolina Pulled Pork.

For this Baked Pork Tenderloin, however, ½ cup of golden monk fruit sweetener is plenty in place of ⅔ cup of brown sugar.

Where to buy monk fruit sweetener

If your local grocery store doesn't carry monk fruit sweetener, you can purchase it online, (affiliate link) or look for it at stores that sell food in bulk. If you're in the Newtown, Connecticut area, you can buy golden monk fruit in bulk at BD Provisions, a zero-waste grocery store owned by dear friends of ours. 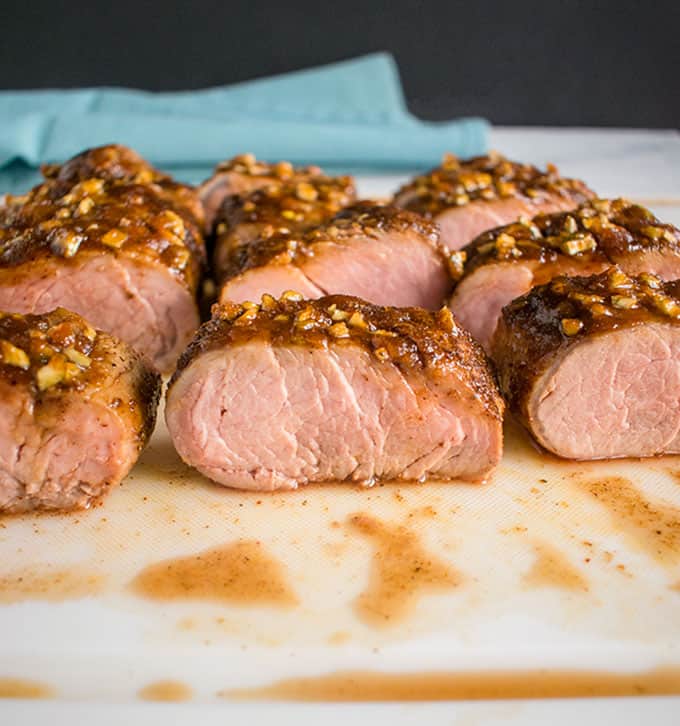 But, no worries if you want to stick with good old brown sugar. It's absolutely delicious here.

What to serve with the pork

This pork goes well with a wide variety of side dishes. As you can see in the photos, this time I served it with Italian Carrot Salad.

I've also served this pork tenderloin with The Best Corn on the Cob and these Amish mashed potatoes. It also would go great with mushrooms, Creamy Parmesan Polenta or this onion quiche.

Folks, this is one of those recipes you'll make again and again. I hope you give it a try!

(Recipe Source: Adapted from a Gourmet Magazine recipe that's appeared on many sites online. I first saw it on Mel's Kitchen Cafe. I used half the cinnamon, reduced the brown sugar, used a milder hot sauce and added a monk fruit sweetener option.) 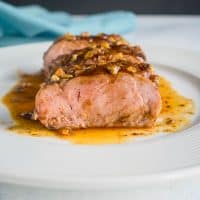 This Baked Pork Tenderloin is always a hit! It's got a sweet-and-spicy glaze made with brown sugar, but you can substitute monk fruit sweetener for a keto option. This is one of the best pork tenderloin recipes!
5 from 7 votes
Print Pin Rate Save Go to Collections
Course: Main Course
Cuisine: American
Prep Time: 17 minutes
Cook Time: 30 minutes
Total Time: 47 minutes
Servings: 8
Calories: 276kcal
Author: Mamma C