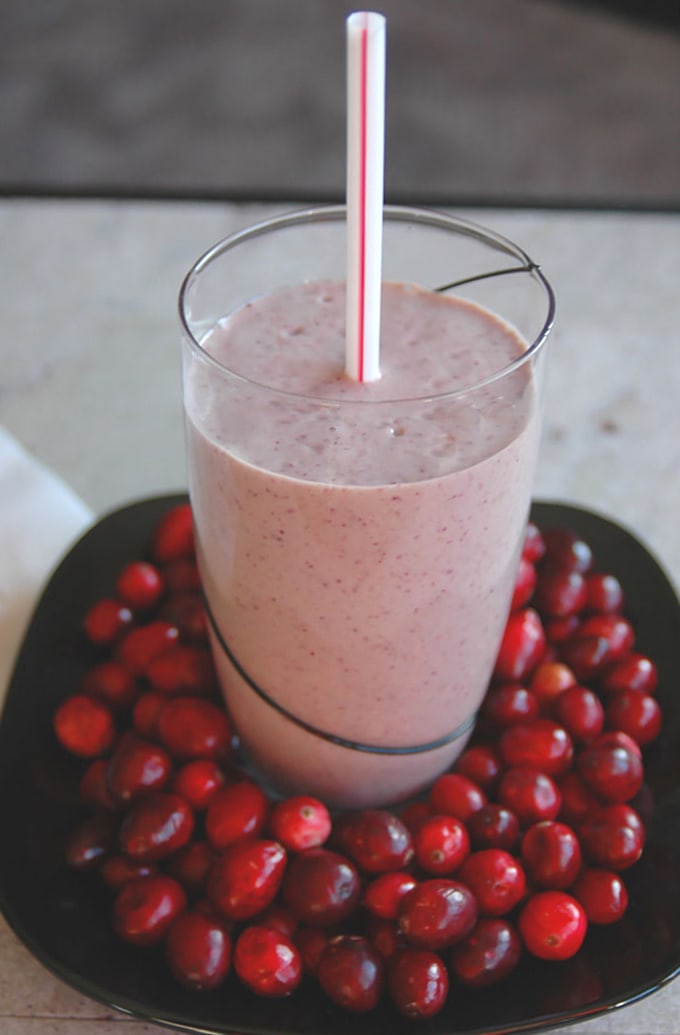 I have to admit I’m pretty excited about this Cranberry Creamsicle Smoothie. I feel as if I’ve been in a smoothie rut for a while, drinking my banana-nut oatmeal-raisin with coconut one just about every day, with the occasional chocolate-covered pecan banana smoothie thrown in. I love both, but sometimes, I just need to shake things up. (I swear I didn’t plan that pun.)

Anyway, I try to consume what’s in season, so I tend to feel somewhat limited in the winter. And you know, I never thought about putting cranberries in a smoothie, until I saw it on Pinterest. I knew immediately what changes I’d make and set off to experiment, since I had cranberries in the fridge. 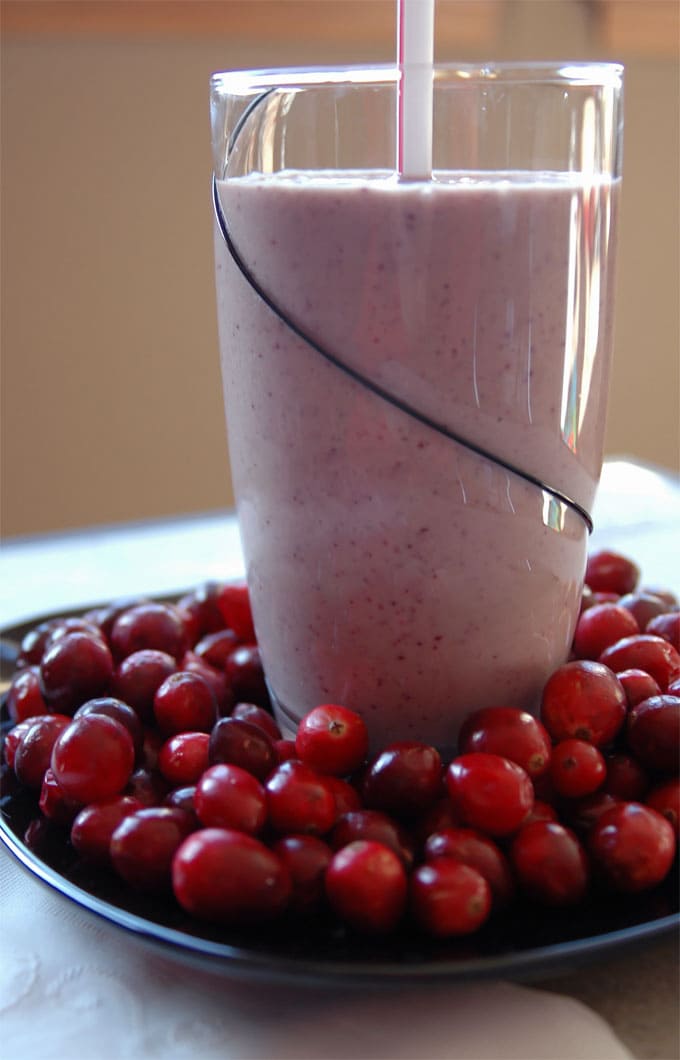 Friends, I was in love after the first try. I took my usual base of almond milk, a banana, and walnuts and threw in half a cup of cranberries and two dates, for sweetness. It was already delicious without flavoring, but I had to try it with a splash of orange extract. YUM!!!

It actually reminds me of sherbet. It’s refreshing, perfectly sweet and has a fruity, berry taste I’ve been missing since summer. Not to mention, I just love the color. Oh, and it’s healthy, vegan and gluten free.

This smoothie’s a winner in my book. Go get some cranberries while they’re still available and give it a try!

Recipe Source: Inspired by this recipe. 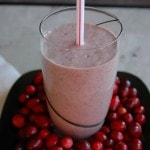 (I use sweetened almond milk, so if yours is unsweetened, you'll probably have to add another date or two.)