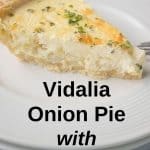 This Vidalia Onion Pie with Cream Cheese is a family favorite! It's a delicious onion quiche featuring an olive oil crust, buttery sweet onions and a creamy filling. Make this savory pie for a fantastic side dish, vegetarian entrée or holiday brunch! 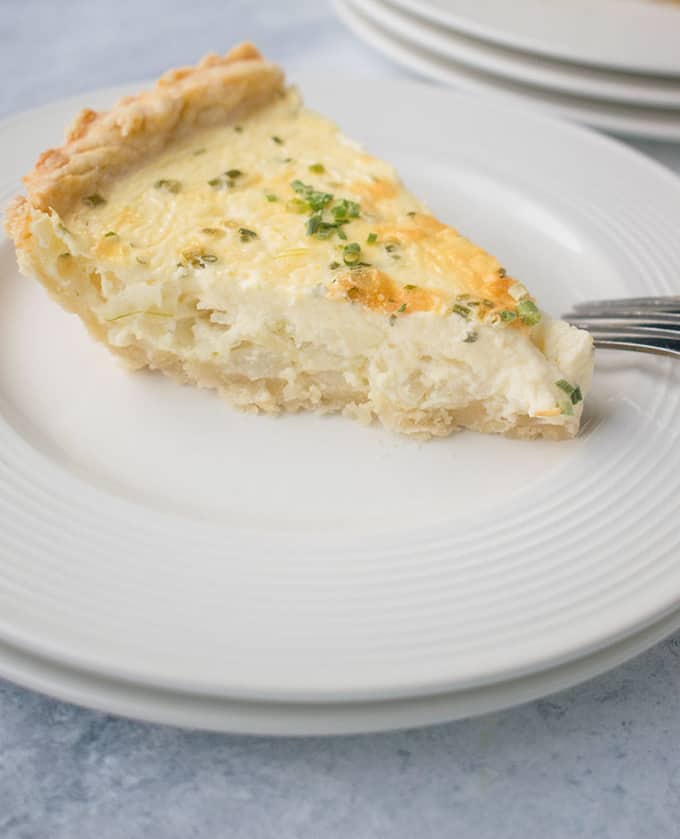 Give me a quiche, Darling.

You’re going to love what I’ve done with this onion pie recipe that’s lived on my blog since 2015.

I’ve overhauled the savory pie crust recipe so the dough is easier to work with and produces a tastier, sturdier, more abundant crust. It’s the perfect base for this delicious pie that’s been a family favorite for years, ever since I saw a version of it in Cooking Light magazine.

Of course, I ditched the processed baking mix for an olive oil crust that you toss together with a fork, gather into a ball and press into place. You'll parbake the crust for 10 minutes before adding the onions and filling. 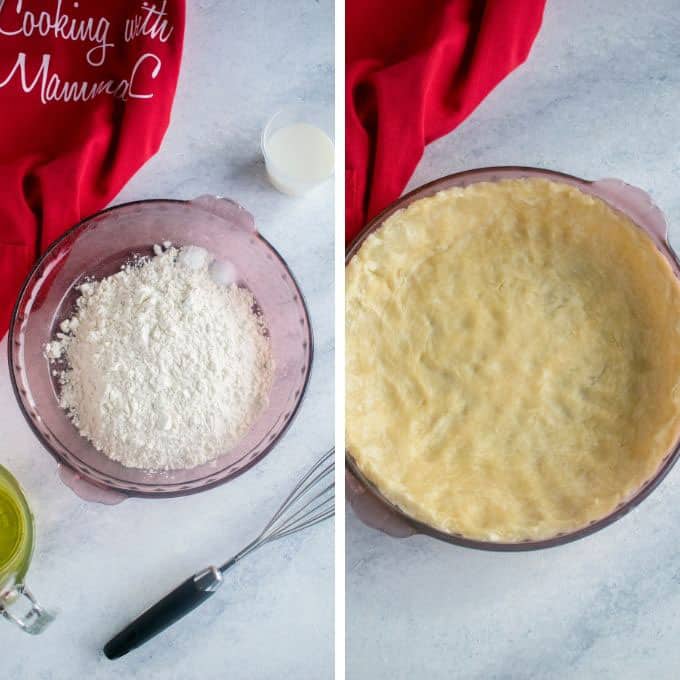 How to make onion pie

Vidalia onions star in this savory pie recipe, but any sweet onions will do. You'll chop them up and sauté them in a little butter, just until they're soft. You'll spoon them over the parbaked crust.

To make the filling, you'll beat a block of softened cream cheese with an egg. (Here's an affiliate link for the hand mixer I use.)

Next, you'll beat in milk, a couple dashes of hot sauce and some chives. (The chives are optional, but I love the extra flavor they bring to this cream cheese and onion pie.) 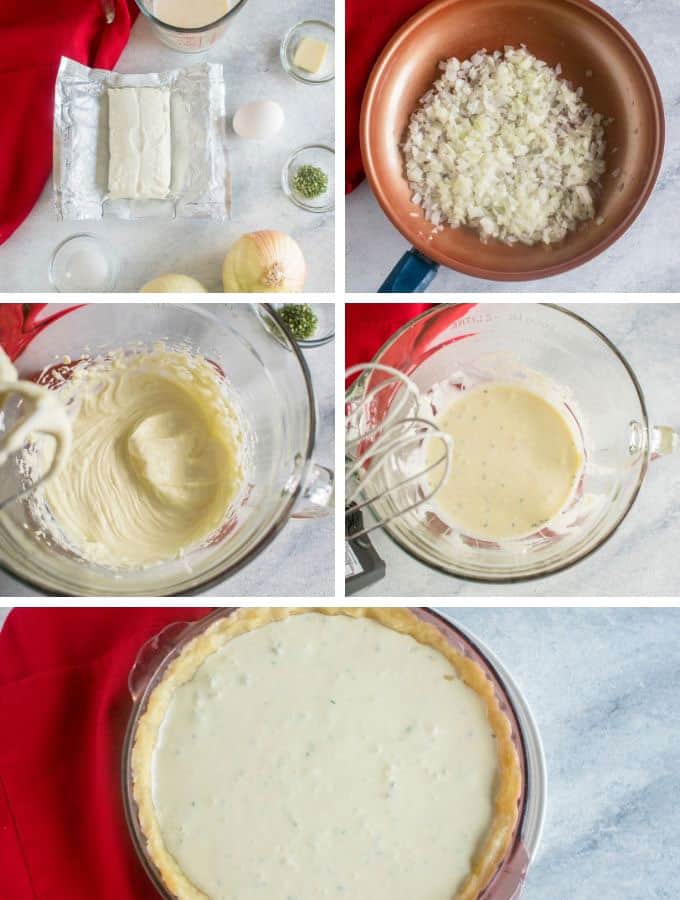 Then, you'll bake the pie for about 40 minutes, or until it's set and starting to brown on top. It's important to let it cool for 10 minutes before slicing.

What to serve with onion pie

You can go in a number of directions with savory pies.

Can you freeze it?

Yes! I tested that just so I could let you know.

I froze a slice of leftover onion pie in a freezer bag and then reheated it in the microwave. It worked really well!

You also could reheat the frozen quiche in a 350-degree oven, covered with foil, for about 30 minutes. 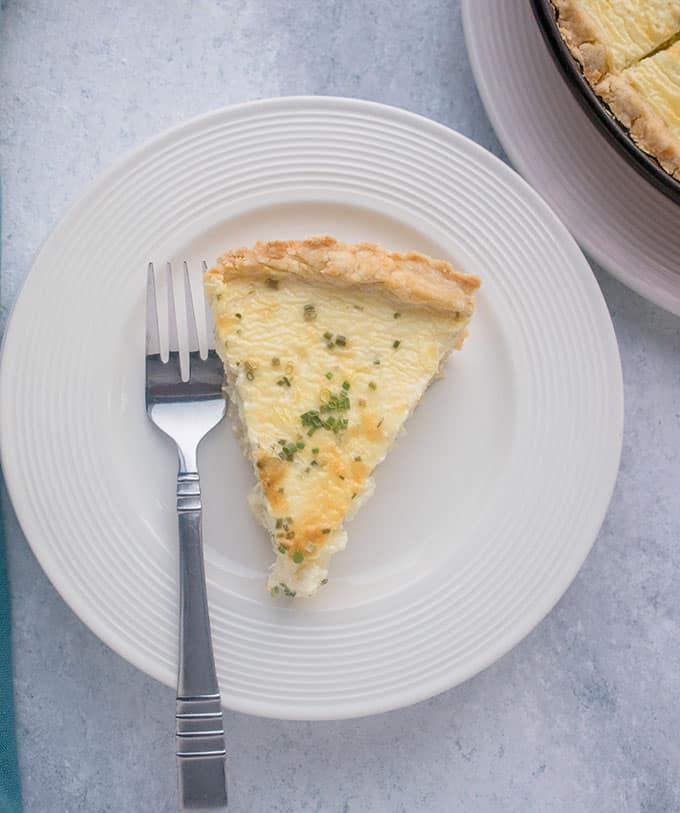 Yes, especially if you call it pie instead! My hubby has loved this sweet onion pie for years!

P.S. If you love onions, don't miss these crispy mushroom and feta rolls, these sausage, peppers and onions and this spinach-artichoke dip! 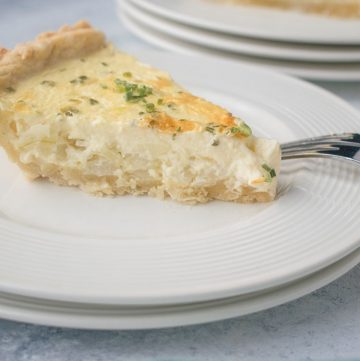 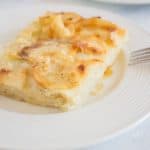 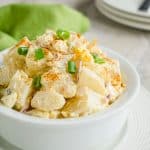 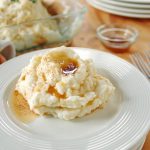 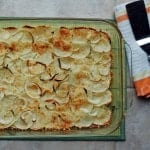 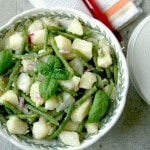 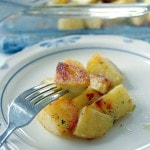 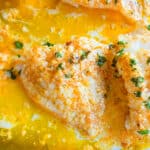