Home » Side Dishes » Vegetables » Peas with Onions (and Bacon) 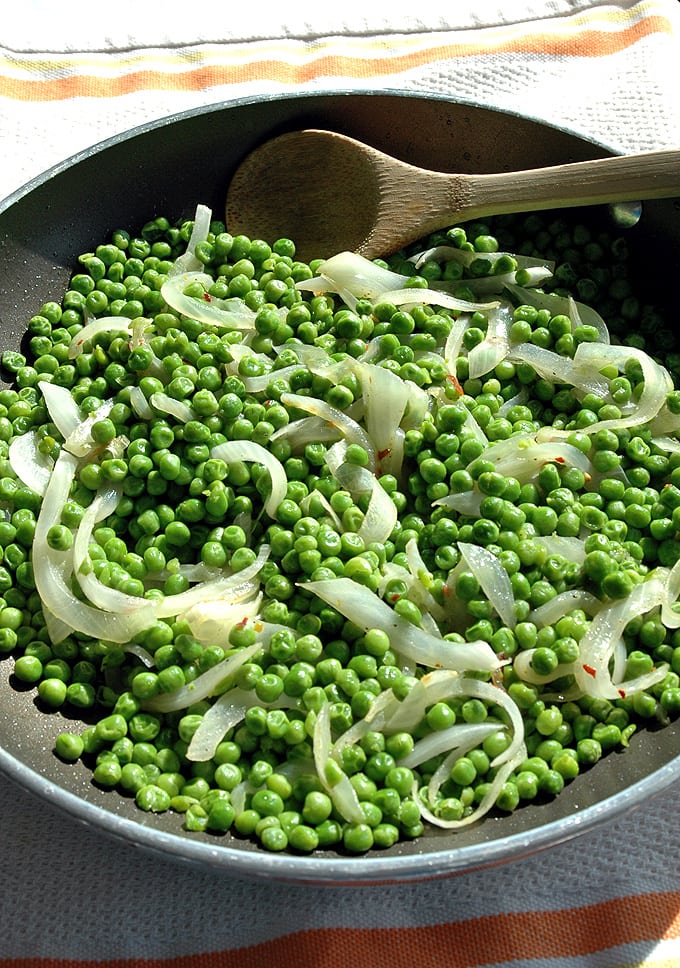 If you don't like peas, chances are you've never had them sautéed with onions and bacon.

Even without the bacon, they're still delicious (and a nice vegan side dish). Think smoky flavor, golden onions, olive oil, salt, peppery heat...yum!

It's the only way I eat peas.

Growing up, we always had this prepared with the bacon, as is done in Naples. Other parts of Italy use prosciutto.

Both are great options. But lately, more often than not, we make the peas without meat to accommodate vegetarian preferences. 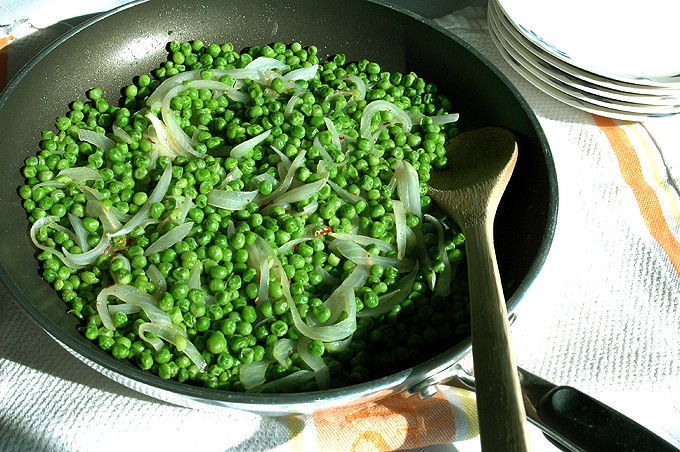 I've included instructions for meatless and bacon versions in the recipe that follows. This is a great side dish for entertaining, since it doesn't require oven space.

And, yes, any leftovers are awesome served over pasta or rice, with some Parmesan cheese.

(Recipe Source: Adapted from my Mom) 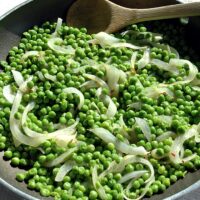 Peas with Onions (and Bacon)

I've always used a skillet, but Mom says if you have a non-stick sauce pan, you can use that, and the peas should cook more quickly.