You'll love this Bucatini with Clams and White Wine! In the time it takes to boil some pasta, your clam sauce will be ready! 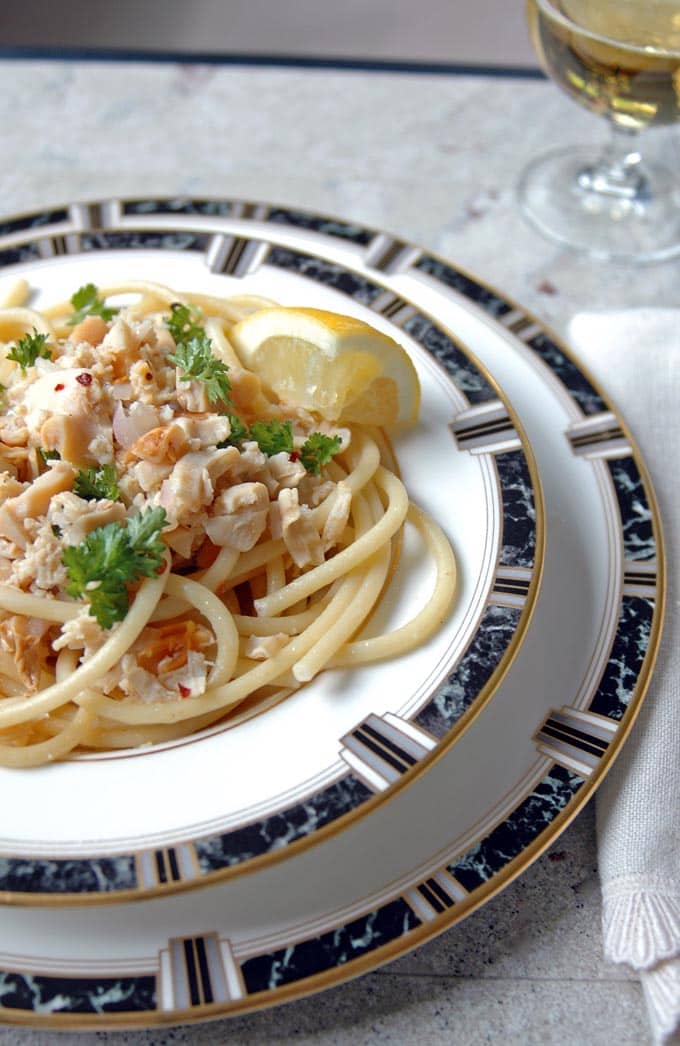 I'm pulling out the good dishes, folks. On this day, 25 years ago, I met the man who would become my husband. (Yes, there's a story coming.)

So, I made bucatini with clams and white wine, which works well as a delicious weeknight meal, even without the fancy china. In the time it takes to boil some water and cook our pasta, the clam sauce is ready and waiting.

I often make this with fettuccine instead, sometimes with linguine, and usually with some frozen artichoke hearts thrown in, for a complete meal. But this time I just used canned, chopped clams, butter, olive oil, a shallot, some garlic, herbs, lemon, and my husband's homemade Sauvignon Blanc.

But you can use whatever white wine you have — even cooking wine. And for anyone who doesn't consume alcohol, you can skip it and stir some reserved pasta water into the bucatini after it's cooked and drained. 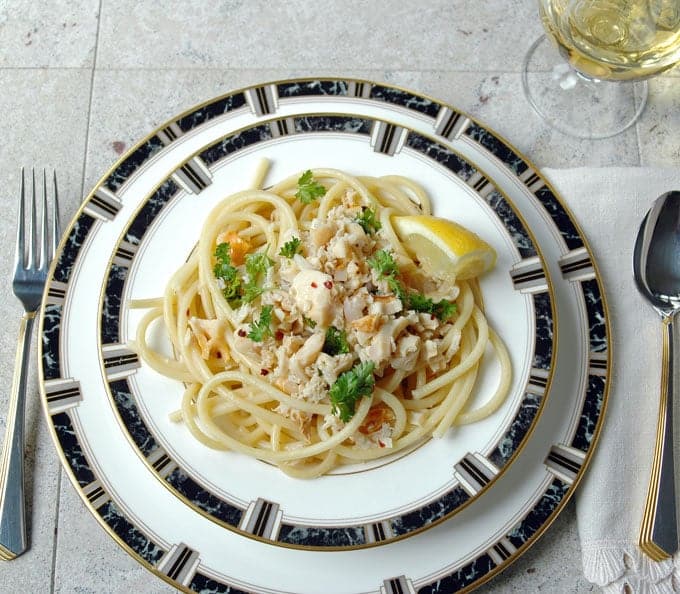 Now, back to our love story. It's ridiculous, really.

For some background, when I was growing up, Nonna would always say to me in her cute accent, "Andrea, why non't you marry a nice Italian boy?"

And I'd just laugh, thinking that would never happen, because I barely knew any Italian boys. And it was the farthest thing from my mind when I traveled from Cleveland, Ohio to Bristol, Rhode Island for an internship at The Newport Daily News during the summer of 1990. After all, I was only going to be there for 10 weeks.

But I've always enjoyed meeting fellow Italians, so whenever I'd talk with anyone with dark hair, brown eyes, and a certain look, I'd ask if we shared the same heritage. But, in that area of New England, people usually would tell me they were Portuguese. Now, there's nothing wrong with being Portuguese; I was just surprised at the resemblance to Italians. 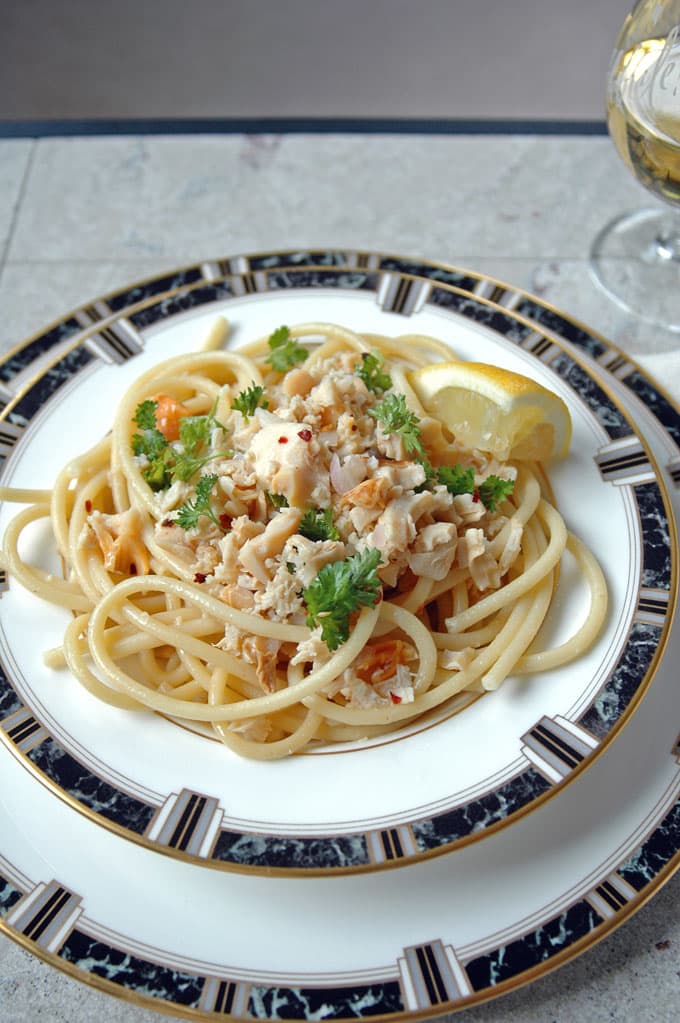 Anyway, my roommate and I were living in Bristol in a student apartment complex owned by Roger Williams College. Since we'd arrived early in the summer, we were the only people residing there. Talk about creepy.

One Saturday night, we went out dancing (of course), and returned around 1:30 a.m. To our amazement, we heard voices coming from a nearby balcony. There were people out there!

Feeling a bit giddy, and possessing the worst sense of direction ever, I opened our sliding glass door and gazed to my left. Oh, and I was pretending to use upside down binoculars. (I made circles with my thumbs and pointers, placed the circles over my eyes, and then flipped my wrists upside down.)

But I didn't see anyone. It's probably because my guy and his friends were actually on the balcony to my right, watching me make a fool of myself.

"Hellooooo?" I heard someone call out in a crazy, cartoonish voice. 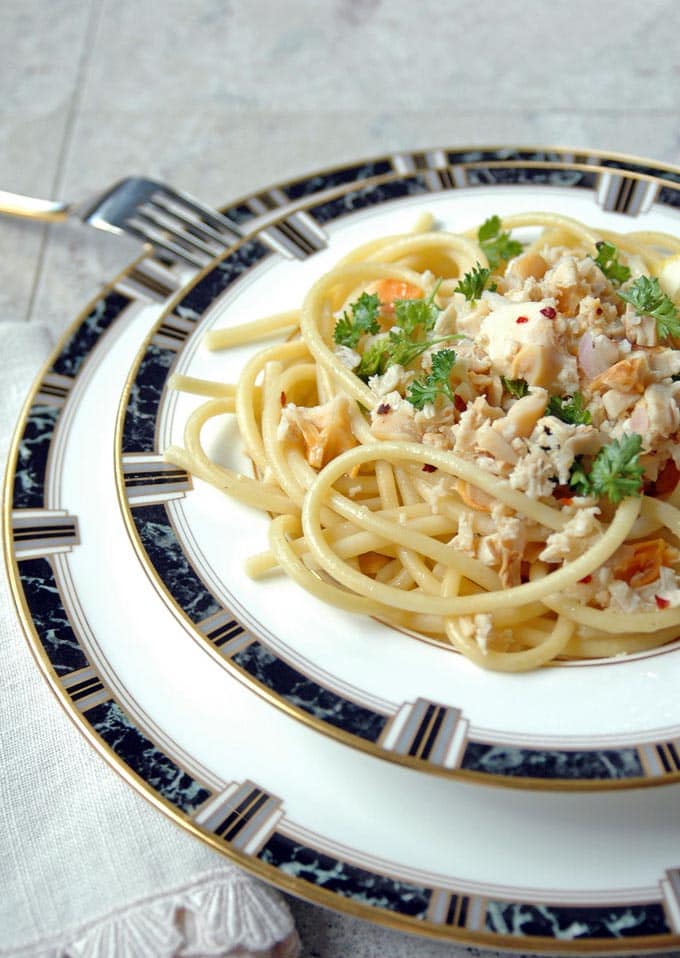 Startled, I whipped my head around, dropped my hands from my eyes, and found myself facing this tall guy with broad shoulders and black, wavy hair, along with his co-ed group of friends. Mortified, I ran back into my apartment. My roommate went out to chat with them, but I decided I just needed to wash off my makeup and call it a night.

Ten minutes later, my roommate was begging me to join her on the balcony to socialize. I tried to decline (I'd already taken off my makeup!), but she wasn't giving up.

Fine. So, being Nonna's granddaughter, I carefully reapplied my makeup before going outside. (Nonna never left the house without wearing makeup. She even put on her lipstick while being rushed to the hospital after a major heart attack.)

I sheepishly stepped out on the balcony to talk with this guy and his friends next door. And, any guy in his right mind would have thought, "There she is, the idiot." But my husband says it was love at first sight.

"I'm going to marry that girl," he said to himself.

And I thought to myself, "He looks Italian, but he's probably Portuguese." 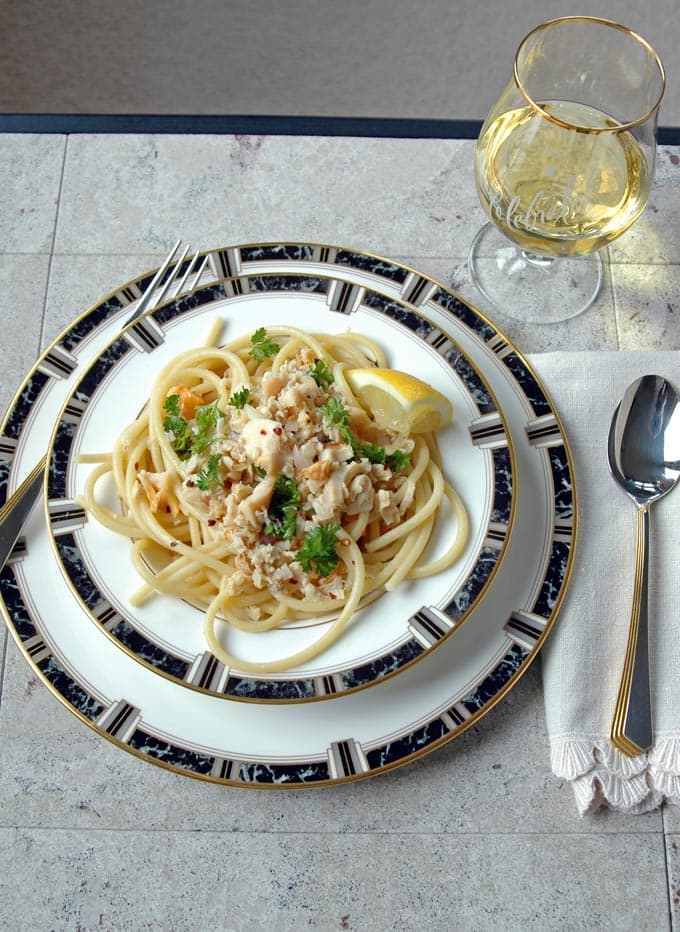 And I saw him every day after that. He was a classmate of our next-door neighbor, and would just come over without calling first. He kept pushing for a serious relationship, although I insisted we should just be friends. (I was heading home to Ohio soon!)

So, when he finished his summer class, we said our goodbyes before he drove back to Connecticut. He was so sad.

So, I grabbed a New England phone book, looked up his home number (our last name is 13 letters long, so it wasn't hard to find), and dialed.

I made my roommate answer and tell him I wasn't home. (I was really enjoying this.) I finally got on the phone, and after we talked, he got into his car and traveled three hours back to Rhode Island.

Sometimes, my head gets in the way of what my heart knows is best. It's happened more than once over the years.

But after a quarter century together, I can say that just like wine, our relationship gets better with age.

We are older, wiser, calmer, and humbler. We offer each other mercy and kindness more often than finding fault. And we laugh at ourselves every day.

Happy 25th Anniversary of When We Met, Honey. Underneath that tough-guy exterior, you really are a nice Italian boy.

P.S. If you love clams, don't miss my other clam recipes: 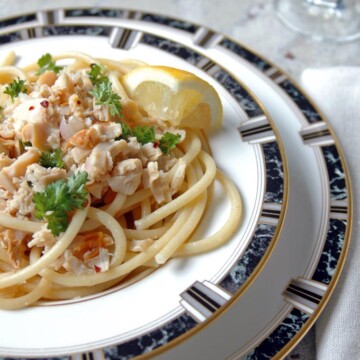 Bucatini with Clams and White Wine

Since the juice in canned clams contains lots of sodium and preservatives, I drain and rinse the clams, and use bottled clam juice.