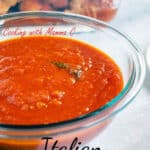 Italian Meat Sauce with Country Ribs is one of life's simplest and greatest pleasures! Whether you call it "Sunday sauce" or "Sunday gravy," you need to make this family recipe!

Did you ever taste something so delicious, you assumed it would be complicated to make?

I could see that happening with this sauce. But I'm here to report it isn't difficult at all.

It takes just 15 minutes of prep and some simmering over low heat for about 2 hours and 45 minutes. It's definitely more of a time commitment than Homemade Marinara Sauce, but this meat sauce is mostly hands off.

It's perfect for a leisurely Sunday afternoon at home. And, on that day, if we could step inside Italian kitchens around the globe, we'd likely be greeted many times by its comforting, intoxicating aroma.

It's so familiar to me and takes me back to my childhood. This Sunday sauce is one of life's simplest and greatest pleasures. It's right up there with Authentic Italian Beef Meatballs and sauce.

And, if you live in New England, you might call it "Sunday gravy." But we're not here to argue about the name -- we're here to mangia!

Country-style ribs are the meatiest pork ribs you can buy. You'll need four pounds of them, with bones, for this sauce. The "bones" are actually part of the shoulder blade.

It's perfectly okay — rather mandatory even — to verify the ribs are done by transferring one to a small dish and eating it right there while standing at the stove. It's a special privilege for the cook, and no one else needs to know. 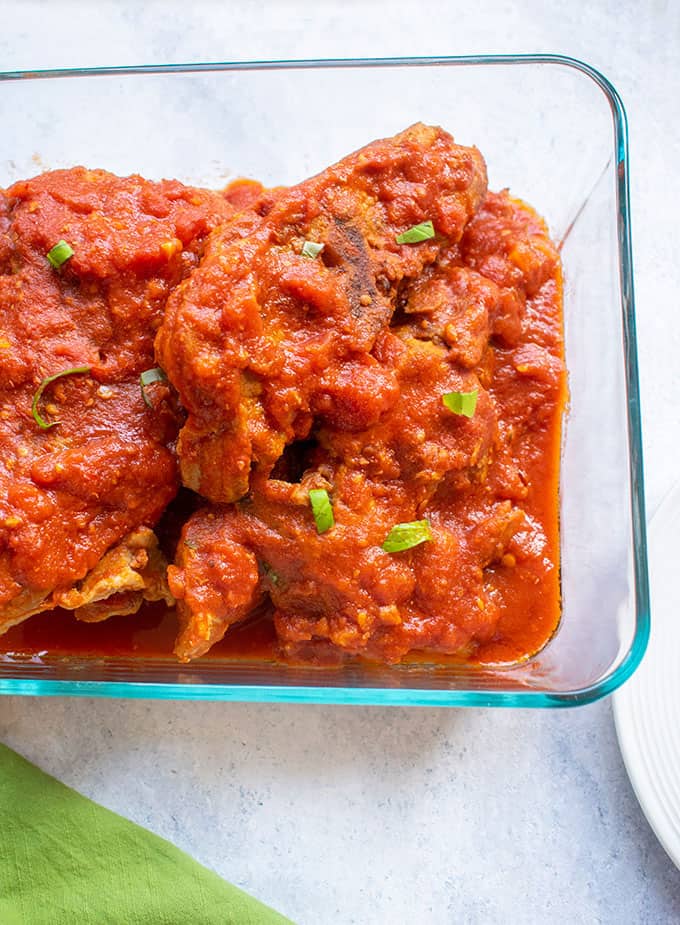 Can you make this in a slow cooker?

I don't recommend it. I tried it once, and the Crock-Pot overflowed, due to the large volume of ingredients.

Plus, the slow cooker's steaming effect produced extra liquid in the sauce, so it came out too runny. The ribs also gave off fat during cooking, increasing the volume.

So, stick with cooking the sauce on the stove.

The obvious choice is pasta. We stir the sauce into rigatoni for the first course (primo piatto), and then eat the ribs as the second course.

You also could ladle this meat sauce over pasta al forno, lasagna or homemade manicotti.

And, since you're making a big pot (affiliate link) of it, you can use the leftovers over farro, on pizza, and with Italian bread that's been dipped in it and topped with Parmesan.

With my Pasta & Sauces collection, even a beginner can cook like an Italian nonna! 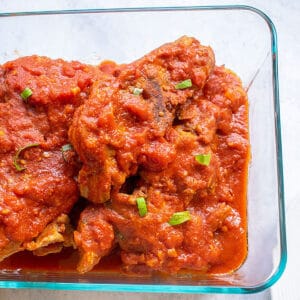 Bone-in country ribs provide better flavor than boneless. I don't recommend making this recipe in the slow cooker, because it will overflow and be too runny.

(Recipe Source: Cooking with Mamma C. Adapted from my Mom, who learned to make this from Nonna. Originally published on February 25, 2015 and updated now with new photos and text.)